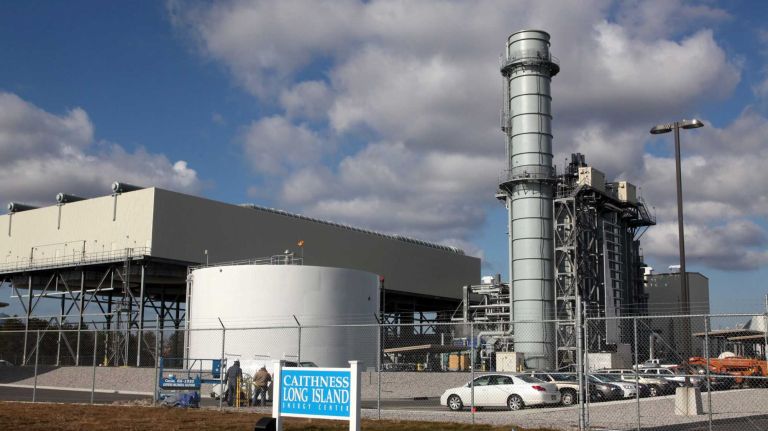 PSEG Long Island has found that the proposed Caithness II power plant in Yaphank “will not be needed” because the Island has enough capacity to meet state requirements for the next five years, according to PSEG officials close to the project.

After a monthslong review of Long Island Power Authority power sources, the analysis reached a different, and less dramatic, conclusion than an earlier LIPA review, which called for an additional power plant by 2018 to help meet what it said was a capacity shortfall projected to be at least 1,125 megawatts by 2022. A megawatt powers about 800 homes.

Suggesting the review would help avoid near-term rate increases, the PSEG officials said Long Island “is expected to have sufficient capacity to handle the power needs of the region until approximately 2020, with no, or minimal, amounts of additional build required.”

The review is expected to put an immediate brake on the Caithness II project, which was to be the most costly in LIPA’s 16-year history, one requiring major infrastructure upgrades and an estimated $3 billion in payments over 20 years. LIPA has previously said the plant would have raised rates more than 3 percent by its completion in 2018.

The decision means that LIPA will not present to its board of trustees a contract for the 752-megwatt plant Caithness II plant this year, according to the officials, who said that LIPA found PSEG’s approach “reasonable.”

LIPA trustees, who normally do not meet in August, have set a meeting for Wednesday, and PSEG’s recommendations are expected to be a discussed. LIPA spokesman Michael Deering declined to comment. Although PSEG has taken over management of the electric grid, LIPA is still responsible for power market decisions until year’s end.

Caithness Long Island president Ross Ain, in a statement last night, said the company “looks forward to working with PSEG and LIPA as they conduct further analysis. We believe that the Caithness II project will continue to be shown to provide the best value to Long Island going forward.”

PSEG has been reviewing LIPA’s power sources at the authority’s request for months, in advance of LIPA’s plan to sign a long-term contract with Caithness, which already operates a smaller plant in Yaphank. Earlier plans to finalize the Caithness II contract had been delayed until the end of this year. LIPA last month set aside up to $15 million to spend on permits needed for a new Long Island Sound natural gas line to fuel the plant.

Power politics: LIPA’s broken promises
A new plan to fix LIPA can make ratepayers feel like they’ve stepped into a time machine. Is the proposal by Gov. Andrew M. Cuomo deja vu all over again? Or can it fix Long Island’s grid once and for all? Videojournalist: Sam Guzik (May 1, 2013)

As previously reported in Newsday, the facility would obligate ratepayers to nearly half a billion dollars in payments in lieu of taxes over 20 years and require hundreds of millions in additional costs for a major electric transmission upgrade and the new gas pipeline.

Because Caithness II’s output generally would not be needed in Yaphank, the system upgrades would allow the proposed plant to send energy into western Suffolk and Nassau County. LIPA said opening the facility would have meant that even large plants like the National Grid-owned Northport facility would have been used less.

At 752 megawatts, Caithness II would have been LIPA’s second-largest power plant after Northport. But questions about whether that capacity was needed have been raised for months.

Newsday reported in June that about half of the 1,125-megawatt shortfall that LIPA and Caithness have cited by 2022 as the reason for the new plant was actually an “allowance for uncertainties” with little basis in increased use or peak load.

LIPA trustee Matthew Cordaro said a reporter’s call was the first he’d heard of PSEG’s conclusion, but, “if true, I agree with it.”

“Obviously the need is not there for 2018 and I think it opens the door for a fresh look at repowering older plants on Long Island, and making additional commitments to energy efficiency and renewables,” he said.

The PSEG officials said they now have “the time and ability to review the overall program that powers Long Island, with no demonstrable risk to the reliability of electric service for our customers on Long Island and the Rockaways. By delaying decisions on current requests for proposals, minimizing Article 7 expenditures and taking the next 12 to 18 months to perform a full integrated resource plan, PSEG Long Island will avoid near-term rate increases that would be required for additive generation projects, including Caithness II.”